“ I KNOW OF FEW LAWYERS I WORKED WITH IN MY ADMINISTRATION OF THE VCF THAT ARE MORE CAPABLE OR QUALIFIED THAN ED.”

PERSONAL ATTORNEY TO THE FAMILY OF DETECTIVE JAMES ZADROGA

The Marcowitz Law Firm concentrates in representing those injured by toxic exposures in the aftermath of the September 11th Terrorist Attacks.  Edward L.C. Marcowitz is extremely proud and honored to serve as the personal attorney to the family of NYPD Detective James Zadroga after whom the relevant piece of Federal Legislation was named. 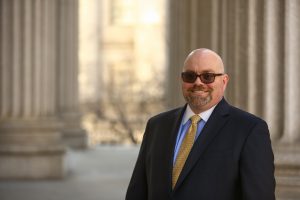 Eddie’s experience in representing those affected by the WTC attacks is incredibly unique and virtually unparalleled. He spearheaded one of the largest Pro Bono efforts in history on behalf of New York City Firefighters and their families.  While working at one of New York’s most respected personal injury firms, Ed worked extensively with Special Master Ken Feinberg in the original September 11 Victims Compensation Fund of 2001.  Ed ultimately assisted in the recovery of just under $300,000,000.00 for the family members’ of Victims.

Special Master Ken Feinberg has stated that “he knew of few lawyers I worked with in my administration of the VCF that are more capable or qualified than Ed.”  After the original VCF had closed, Ed also represented a select few clients in the Federal World Trade Center litigation where, after appealing an award he believed was unsatisfactory, he was successful in obtaining just under $1,900,000 for the widow and family of a New York City Sanitation worker who passed away due to his September 11th related illnesses. It was one of the highest awards issued in that litigation.

During this time, Ed was also involved in a number of Pro Bono efforts on behalf of those involved in rescue efforts. Ed successfully advocated to overturn several FDNY Pension Board decisions that denied disability pensions to members of New York’s Bravest who had suffered debilitating lung injuries as a result of their heroic efforts at Ground Zero.  These accomplishments were unprecedented and were consequently chronicled in the New York Daily News, The New York Law Journal and The Chief-Leader. 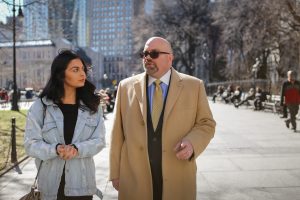 Whilst involved in all of the above, Ed was involved in lobbying The United States Congress to re-open the September 11th Victim Compensation Fund.  More and more people were being diagnosed with cancers and other respiratory condition related to their exposure in the Ground Zero vicinity.  Upon the passage and reauthorization of the James Zadroga Health & Compensation Act, Ed had the distinct privilege of giving the opening remarks as a  featured speaker at a Fealgood Foundation symposium at Queens College which sought to educate the public about the newly opened fund.

Ed is also proud to have served as an “expert witness” with respect to the September 11th Victim’s Compensation Fund on behalf of a Chicago Family whose original WTC award was wholly inadequate. In the end, the case settled for an amount which would have equaled one of the highest awards  issued by the original Fund.  Ed donated his entire $10,000.00 expert fee to both the Uniformed Firefighter Association and Uniformed Fire Officers Association of Greater New York. ($5,000 to the UFA Widows and Children’s Fund and the UFOA Bravest Fund).

Ed has been working with first responders, firefighters, police officers and union workers since the inception of the Fund, months after the terrorist attacks.  We now look forward to working with people who were residents of the area or spent a significant amount of time there between 9/11/2001 and 5/30/2002, whether it be through the course of employment, residency or simply for visits.  Anyone who was in the area during this time frame could be entitled to, not only health coverage, but significant monetary compensation as well. 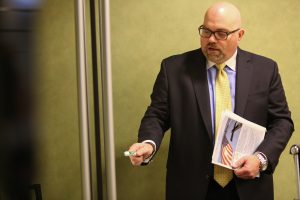 As you have already read, Eddie is very passionate about obtaining compensation for losses that could have been averted, and looks forward to meeting with and welcomes the opportunity to represent you and your families.