“ I KNOW OF FEW LAWYERS I WORKED WITH IN MY ADMINISTRATION OF THE VCF THAT ARE MORE CAPABLE OR QUALIFIED THAN ED.” 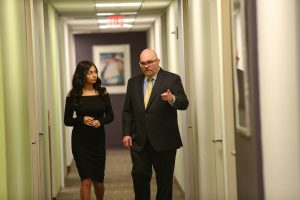 First responders, cleanup workers, area residents, commuters, and others (or their personal representatives) who:

• were present at one of the four 9/11 crash sites at the time of the crashes or were in the following areas between Sept. 11, 2001 and May 30, 2002
• Buildings/ portions of buildings that were destroyed by the attacks
• NYC Exposure Zone (area in Manhattan south of the line that runs along Canal Street from the Hudson River to the intersection of Canal Street and East Broadway, north on East Broadway to Clinton Street, and east on Clinton Street to the East River)
• Any area related to, or along, routes of debris removal such as barges and Fresh Kills
• AND who suffered certain cancers, (including Skin, Prostrate, and Breast), physical injuries as a result of the crashes, or debris removal
• In certain circumstances, people who submitted original Victim Compensation Fund claims may submit new claims to the new Fund.

The new Fund will not accept claims solely for psychological health problems such as post-traumatic stress disorder.